Now that you have a basic understanding of how WaniKani works, it’s time to learn something. To begin, hit the pink “Lessons” button that’s located below the “WaniKani” logo on the left side of your screen. The number on the lower righthand corner shows you how many lessons you currently have.

This will take you to your available lessons where you will be able to learn the first set of radicals. Everything else builds off these 26 radicals, so do your best!

Radicals are the building blocks for learning kanji. For example, before spelling the English word D-O-G you need to know the letters d, o, and g. Radicals are kind of like learning the ABCs in that way. It’s a pain, but time spent here will save you a lot of time later.

Compared to kanji and vocabulary, though, radicals are quite simple. We only ask you memorize an English name/meaning with each character. We’ll later use these names in stories that will aid you in learning the kanji.

One radical lesson consists of:

The English Meaning:
This is what we call the radical. If you’re familiar with Chinese radicals, you’ll notice that some of the names we use aren’t the same as the official ones. That is because we only use these radicals for mnemonics and a lot of the traditional names aren’t that memorable. Don’t worry, knowing the “wrong” radical names isn’t actually a problem. Most Japanese would be hard-pressed to know what a majority of the radicals are called anyways. 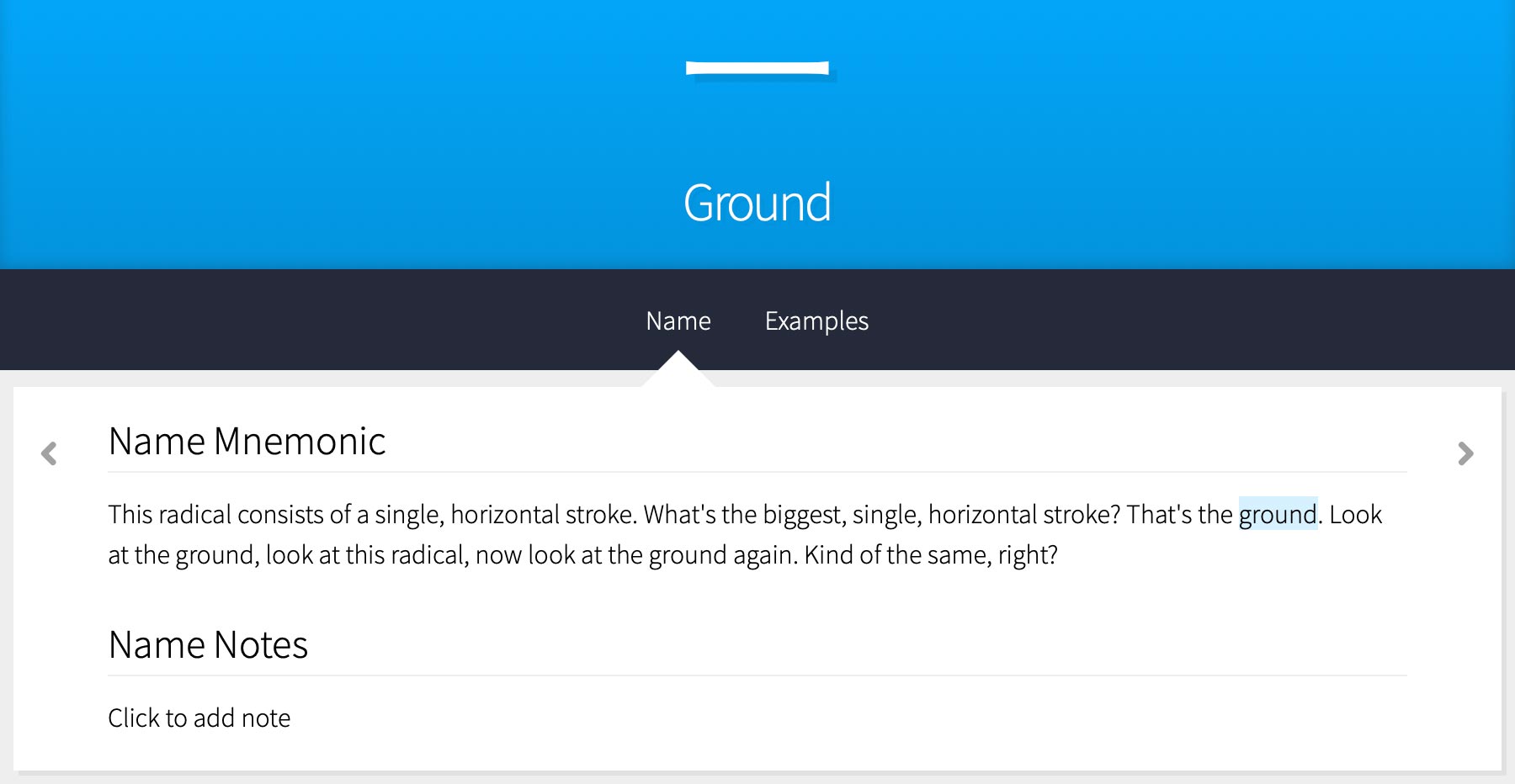 Here you’ll want to memorize the radical. Use the mnemonic to remember it for a little bit longer. Remember, WaniKani is an SRS, so there will be spaces between the reviews!

Examples:
The second tab in a radicals Lesson is “Examples.” This shows you some kanji that the radical is used in. See if you can spot where the radical is hiding inside the example kanji. Practicing this will help you to see kanji as component parts (radicals) and not individual strokes. 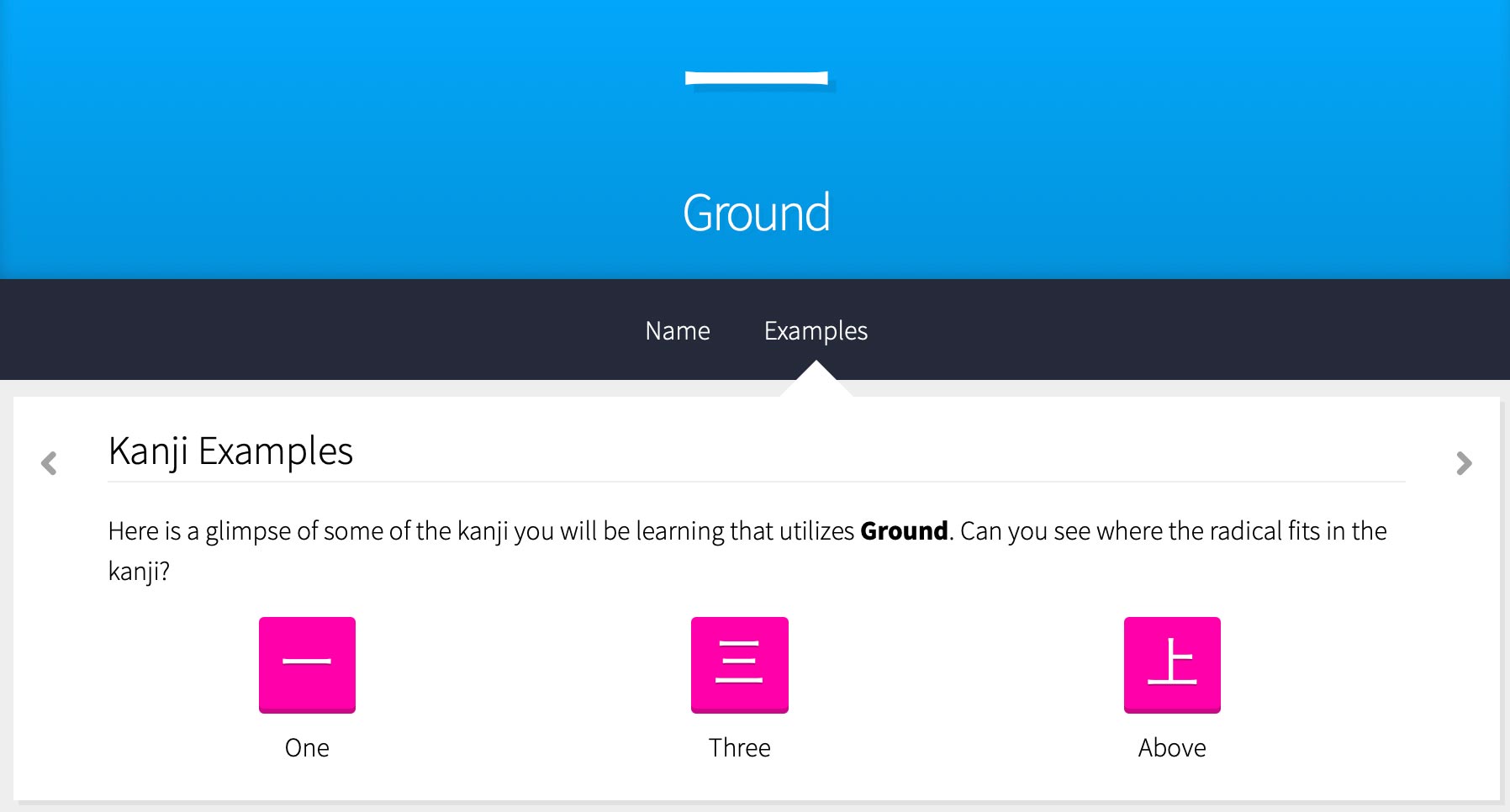 When you’ve cycled through these two tabs, you’ll be given a new radical to learn. After memorizing a handful of lessons (it varies), you’ll be taken to the Lesson Quiz.

Here’s where you see how much you remember. You’ll be quizzed on the radicals you just learned. 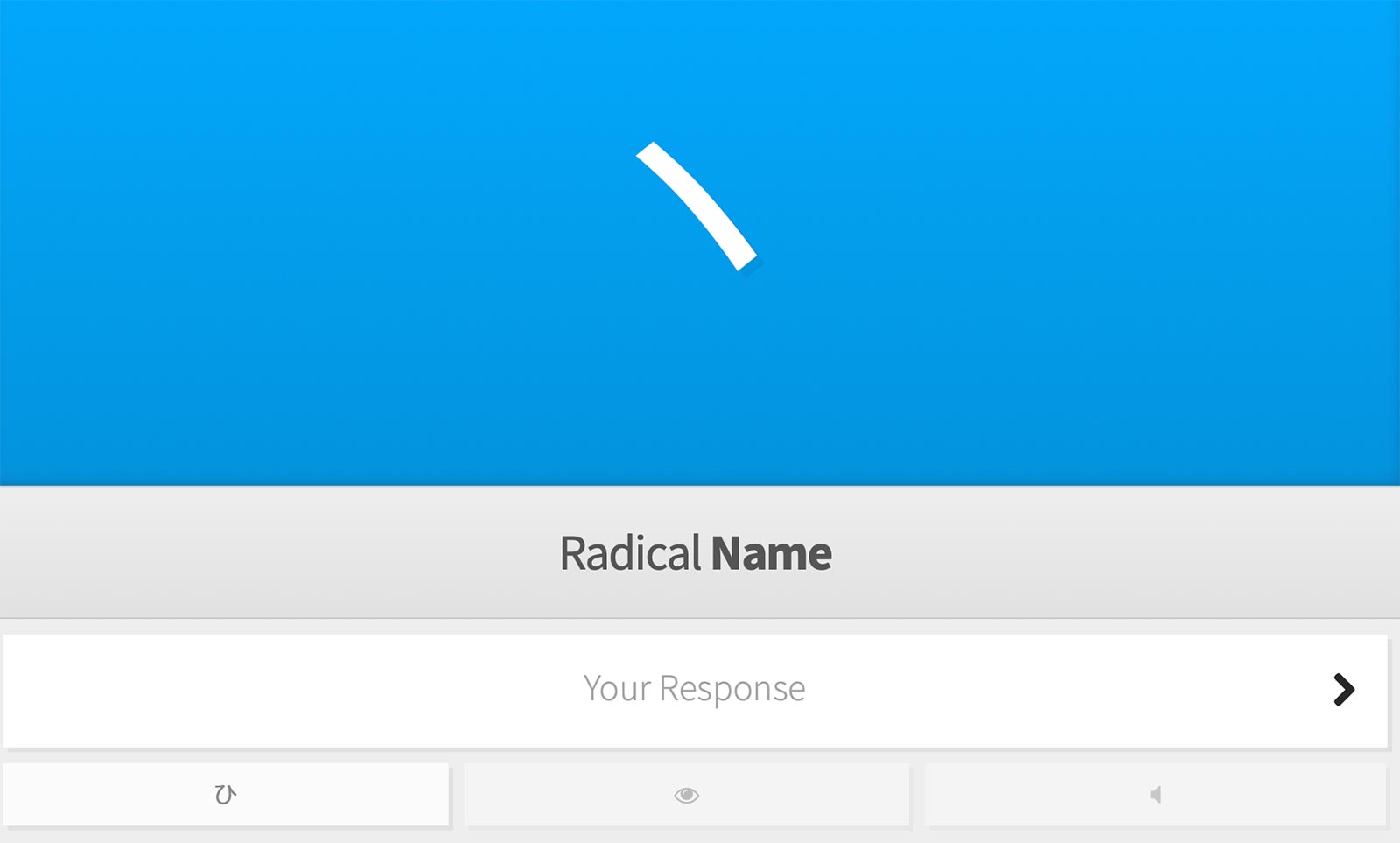 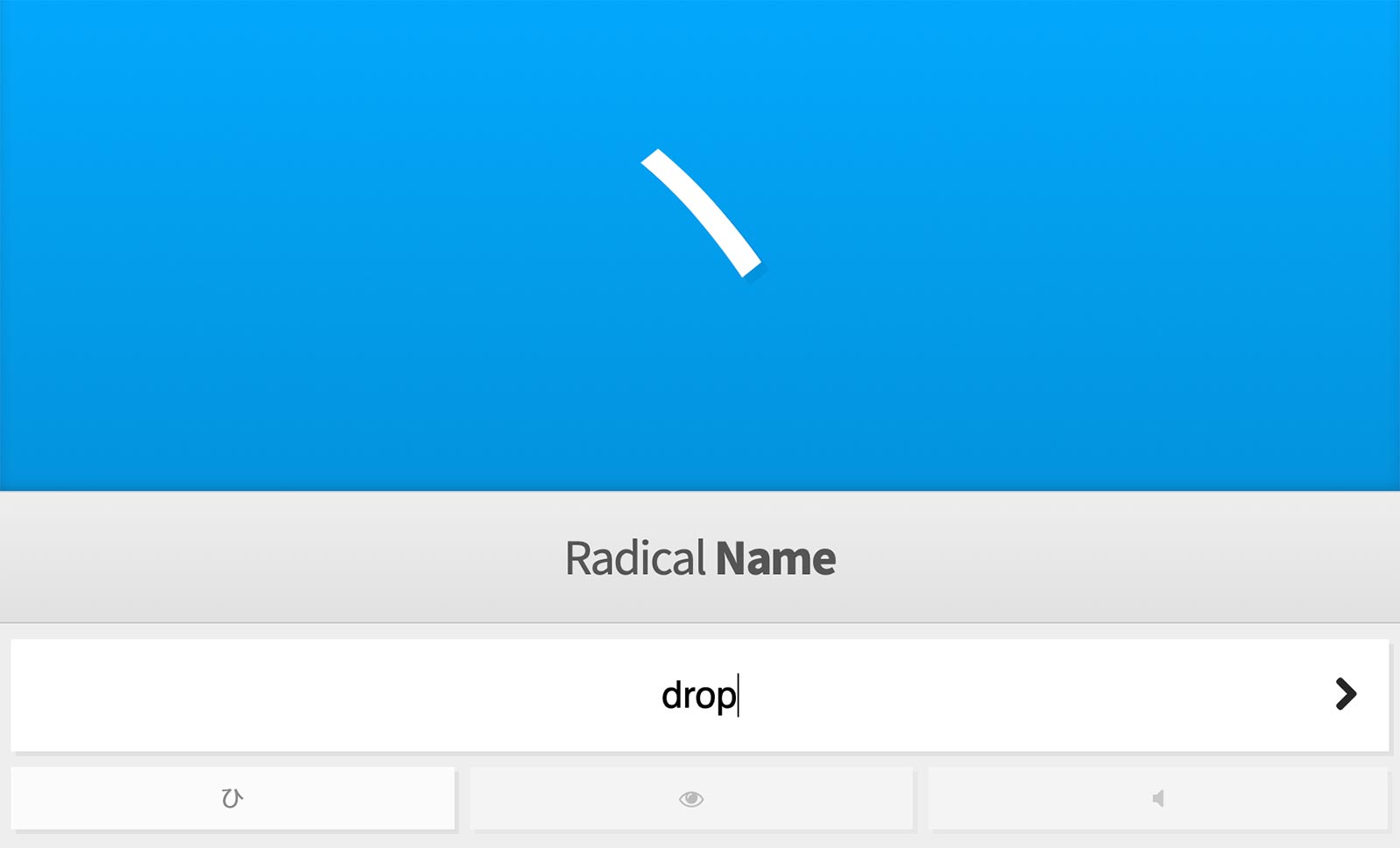 Afterward, it will indicate whether or not you got the answer right. Complete the quiz to send these items to your Review queue. To move on as quickly as possible, you’ll want to finish all of your available Lessons. If you’re feeling overwhelmed, it’s a good idea to hold off on Lessons until you’re feeling like you can handle more.

Finishing Your First Set of Lessons

When you’ve completed all the lessons available to you as a new user, it’s time for you to complete your most difficult task yet: waiting.

This series guides you through getting started on the WaniKani platform.