WaniKani does not use traditional radicals.

If you’ve studied kanji radicals before, you may have noticed this already. If you haven’t, maybe a strange radical name somewhere tipped you off. Either way, here’s why we don’t use traditional radicals:

A “radical” is a single piece of a kanji used for organization, like in a dictionary. Each kanji is then assigned one of the 214 Kangxi Radicals and is sorted using that plus its stroke count.

If you’d like to learn more about standard Japanese radicals, read our guide on how to find them. 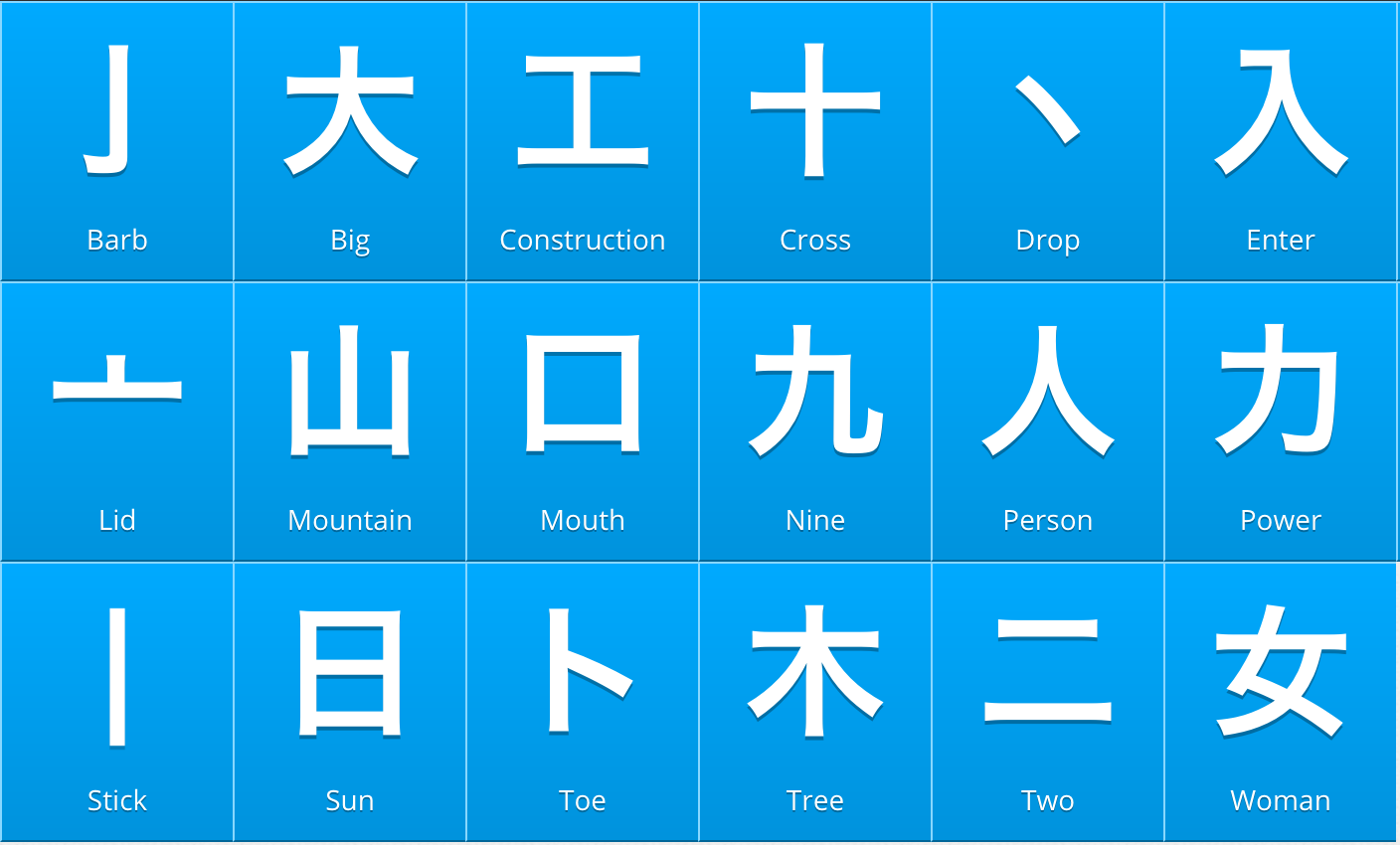 We use “radicals” as a catch-all term for the components that make up each kanji. Remembering kanji by their radical components is much easier than traditional methods of rote memorization using stroke order.

But because the term “radical” was made up with the idea that each kanji has a single important one, not all kanji parts are included in the traditional 214. That means we had to got to make up a bunch of our own, so they might have names you’ve never seen before.

Some traditional radicals also don’t have very helpful or interesting names. Like:

Other radicals have multiple variants, so while they mean the same thing, they don’t look the same. If you’re using radicals to remember kanji, it’s important you don’t mix these up. We take these radicals and make them have a similar theme, but a different name so you can tell the difference too:

With all of this factored in, our radicals are a combination of the traditional Kangxi list and our own creations based off of the kanji themselves.

Hopefully, this makes them easy to understand, remember, and use for memorable mnemonics.

If there is a radical here or there that you can’t wrap your head around because you learned the traditional Japanese name or its English translation, you can always add those to your user synonyms. Just remember that all of the kanji mnemonics are going to use our radical names!